From this SO question, I wrote this little code sample (which I would have embedded, but it kills the page HTML for some reason).

So if you ever need to find the average color of an image, or an image's border - you can.

Gotta get back to more blogging [but twitter is so simple, ya know?]. Until then here's an excerpt from my guest post at the oDesk blog about how it's possible to compete in a job market where some contractors are bidding $3 an hour. Find the full article on oDesk.

Understand that you’re not going to get – or even be considered for – some jobs. Some buyers are looking for the lowest bid – and for some jobs that is fine. Other buyers won’t be able to meet your rates, which may very well mean they can’t afford what they say they want. Don’t let a candidacy that ends with ‘rate too high’ shake you. Just as the buyer limits their potential providers by the constraints of their budget, your rate limits your potential jobs – and that’s a good thing. It helps you weed out the jobs that aren’t as valuable as the service you provide.

Don’t let a low average bid affect your rate. oDesk recently changed how much information you are able to see about other candidates when you visit a job posting, but you’ll still see how many people have applied to that job and the average bid. Don’t use that to set your rate, though. Your rate should be determined by the value of your work, your skillset, your experience, and many other factors. It shouldn’t determine the way others value their work, their skillset, or their experience. In the same way, remember that the kind of provider a buyer is looking for – and the budget they have – isn’t tied to the average bid amount.

Forget where you live. If the only justification for your rate being higher than other providers is that “it’s more expensive where I live”, then you need to find a job in an office near your house. It doesn’t matter what you think of tariffs and protectionism, oDesk is a global marketplace. You’re competing with providers in different countries, as well as different economic areas in a single country. Your rate shouldn’t be determined by the cost of your mortgage, or the price of your dinner, it should be determined by what your work is worth.

There’s nothing wrong with starting slow. When you’re starting out, it may take some time to figure out what your work is worth. To get your first few jobs, you may need to bid lower than what you want to be making in the long term. Then, once you gain experience and reputation on oDesk, you can increase your rates. While you shouldn’t let the rates of others affect what you set as your own rate, you do have to be aware of what the market will accept. Keep in mind that you don’t have to be competitive to the entire oDesk market, just enough to provide the amount of work you want. If you have a few jobs in progress, it may be a good time to increase your rates, start bidding jobs, and see if you can be successful with a higher rate.

Focus on the right jobs. Things like a good cover letter, examples of work, certifications, and oDesk groups can make you stand out from other providers. But after a while you get a feel for what jobs best fit your profile of skills and experience. Some jobs don’t require the amount of experience you have, some jobs aren’t the kind of work you find yourself getting hired to do. If you really want to stand out as the right provider for a job – focus on the type of job that consistently results in positive feedback.

File this under impossible requirements:

We require up to 2 people with between 3 and 5 years of Zend Framework coding experience.

First, gotta say - love the 'up to' part. Also known as 1 or 2. But the best part is the 3 to 5 years experience requirement. It's great because the Zend Framework released the preview in April of '06, the beta in March of '07, and the first release in June of '07.

What's next - 'must have 2 years real world experience with Windows 7'?

Yeah, it's old news now, but in case you missed it, here's Rush and The Jay Leno Show. It's great to here an actually intellectual discussion on this kind of TV show. You know, one that doesn't should something like, "Yeah, like the planet needs to be saved, and like since we're like actors and stuff, like famous, we need to live up to like ourselves and do something about it." 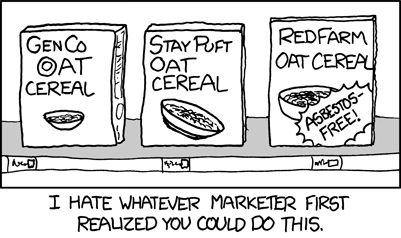 And all my PHP code is gluten free. The programmer on the other hand... 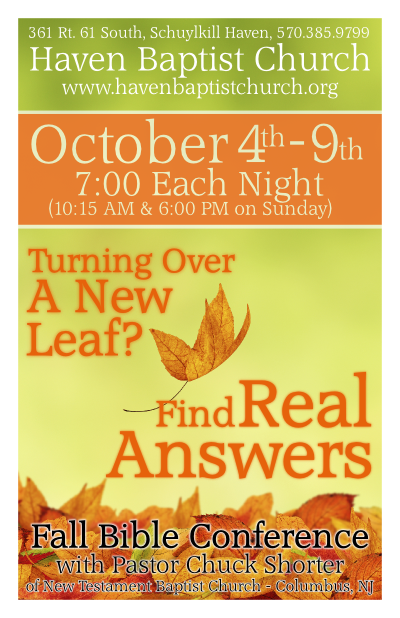 While the outburst from Joe Wilson (really, what is it about people names Joe opposing Candidate and now President Obama) is getting the most attention - I think the most outrageous thing is the way these 'myths' are 'debunked'. Watch:

All you need to do is say it isn't true, and NBC puts another myth in the debunked column. Is your free browser toolbar labeled 'spyware'? Just debunk in - "No, it's not spyware". Apparently that's good enough. From now on MythBusters will simply read a myth, say it's not true, and declare it 'busted'. Snopes is no longer needed, just reply with, "that's a myth". And when Dick Cheney is grilled about the CIA's techniques, he'll just look sternly at the questioner and it will be auto-debunked.

Or maybe that's not the way it works, at least over here in reality.

I offered Springer my theory that something else is driving the protests. Three weeks ago, I told him, I couldn't buy a call to my radio show for a conversation about health care. Single-payer? Public option? Radio death. But not now. What changed? Henry Louis Gates Jr. and Sgt. Crowley ignited a racial debate that propelled itself all the way to the Rose Garden. The country rehashed - again - the repeatedly disproved notion that the president isn't a citizen of the United States. And from there the frenzy continued to escalate. Sure, health care is a small part of it. So is the sluggish economy. But I think the nastiness is in large part the latest incarnation of the lurking hostility toward President Obama

I'd Vote For Him

Is there someplace where I could vote for this guy? These are the kind of people that would bring about the 'change' this country really needs. No, I'm not saying our elected officials should be giving out guns, I'm saying they should have some kind of grounded common sense.

What Would They Think?

The 4th of July. Friends and family, picnics, backyard bar-b-q, fireworks, and red, white and blue. The day we all should stop and realize just how great it is to be an American.

What would those founding father think if they could see this nation today? Did they think this great experiment in freedom would last over two hundred years? Or two world wars? One great internal conflict?

The first man on the moon? The incredible story of Apollo 13 - and the courage of all those modern day Lewis and Clarkes.

How would they react to a flag with the same 13 stripes, but 50 stars? A nation reaching from Atlantic to Pacific, from Washington D.C. to Washington state. And just as impressive, a volunteer military ready to protect that land - something that has been proven time and time again.

I think they'd be proud.

But what would Ben Franklin, who petitioned the congress to open each day with prayer, who argued that the favor of God was as important to the forming of the constitution as it was the fighting of the revolution - what would he think if he knew how hard it was to find a public prayer in a public place?

What would General Washington think if he knew American children were killing each other in the streets and in the schools? And that the blame was readily placed on the weapons, which when used properly, are protection for both country and citizen. What would Washington think of those who questioned how violence had found its way into the lives of our children, without considering how the Bible had been forced out. And that instead of teaching morality, schools provided the tools to make a promiscuous lifestyle at best 'safer'.

What would Thomas Jefferson think, if - as he wrote about self-evident truths - he knew that in universities across this nation professors would freely lecture about the absence of any absolute truth, taking away the moral basis for the very freedom they enjoy?

Would John Hancock's signature be larger if he realized that only two hundred years later the Creator he believe endowed him with unalienable rights would not even be mentioned in most science textbooks? Or that those rights were denied the weakest among us - our unborn children?

What would they think of judges who instead of considering the 10 commandments, would rather render decisions based on popular opinion and international consensus?

What would they think of career politicians who long to reshape the world into their image, or see their name in a newspaper, or enjoy power, influence, and special favors?

If those founding fathers could see today the monuments we have raised up to memorialize their lives - would they rather we had forgotten who they were and remembered what they believed?

Truly, much has changed, since that first Independence Day.

Yet in the time we now find ourselves, we must not equate this nation with the Christian values, the Biblical foundation, the moral conscience she was built upon. For if America falls, if she fails, the Bible will still be true. If America ceases to be a 'Christian' nation, true Christianity will not be changed. And regardless of the place He's given in our culture and society, Jesus Christ is still the epicenter of all history, and the only answer to life's questions.

In the words of Abraham Lincoln: