NBC's 'Studio 60' featured a great rendition of 'Oh Holy Night' back in Christmas of '06. You can download the mp3 from Trombone Shorty's site.

So what are you waiting for, go and download it, turn down the lights and enjoy it - trust me, you will.

Garritan - producers of the relatively amazing Garritan Personal Orchestra, an orchestral sampler - release a community Christmas album yearly (created using GPO). You can of course download it from the Garritan site (and I encourage you to take visit it), but if you do, the mp3s are lacking detailed info tags. And you have to download each individually.

So I've packaged them up (with artist/album/etc tags) in a zip with the cover artwork. Enjoy. 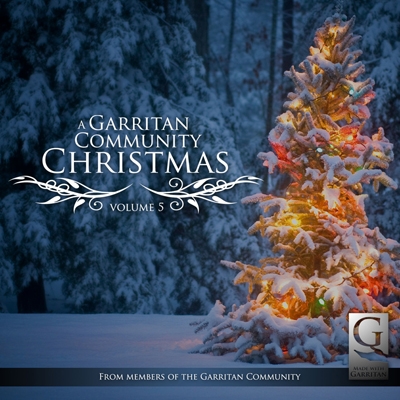 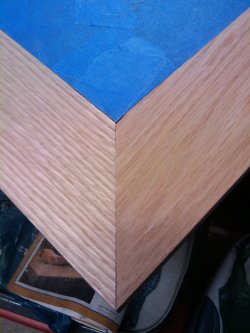 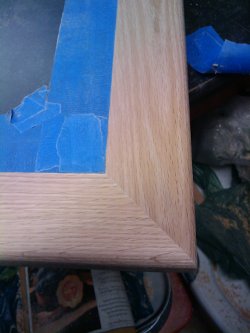 It looks like the coming upgrade to Android - not in the public code, and named Cupcake - will include framework updates, some bluetooth additions, MMS attachment support (okay, so this is a little iPhone), and yeah, video.

And since it's all about intents, applications and the operating system easily share what they can do (their intents) with other applications. So I'm not going to be surprised to see some video call apps hit the market.

On another note, the HTC service manual hit the internet. So if you've just been waiting to completely disassemble your phone, good news.

Sam said I should post photos of my in-progress desk building project. Too bad I don't have any. So instead I simply passed on a link to the plans. That's right, check out the desk I'm building.

And maybe, when it's done (yes, it will be done, sometime, I think), I'll take some shots of my own. Then Sam can do an A/B comparison. But he can't burn it. No.

Just checked out CellFire, which lets you store coupons on you cell phone (then, allegedly, the checkout person will enter the 'code').

It reminded me of the application needed for the G1 (no, not another flashlight or tip calculator). There's already a barcode reader (one of the standard 'wow' apps on the G1), which provides barcode services to the two main price comparison apps. What we need is a barcode generator. So I can scan all the store 'savings' cards I don't carry around, and be able to reproduce them when needed. A virtual version of justoneclubcard.com.

Of course, I'm not sure how well scanning the generated barcodes would work (although I seem to remember reading about some guy who had success), but just displaying the barcode and the associated data would allow manually entering in the 'savings' card id.

But until the savings card wallet app comes around, I guess there are other interesting things to do with barcodes.

BBC Technology Program (or Programme) Click, recently interviewed me for a feature they did on remote workers, due to my work on oDesk. I'm around 16 minutes into their current show, and so is the rest of the family.

Well, we're back. Seems like a little less than a year and a half is a good blogging break. Especially when you get married, buy a house, and become a parent. Because who blogs about that kind of stuff? Blogs are for random updates on every day life, for witty political commentary, and for technology ramblings.

I just couldn't figure out what my, 'Hey, I'm Married Now!' post should be, then there was a server change rendering the old code the blog ran on useless - so a year and some change later, with brand a new barely tested blogging system, and I bunch of life changing events later - we're back.

Married
July 15th, 2007 - We were married right on Lake Ontario in Mexico, NY at sunset. It was a beautiful day, with friends and family. All the photos are at our photographer's site, and you can check out the family blog. It's been quite the year and a half of married life. We bought our house 2 days before we were married. Went on a 'road trip' from Alexandria Bay, to Niagara Falls, to Lake Erie, to Cedar Point (and rode every 4 & 5 rollercoaster in one day), to Goasis, back to Indiana. Moved two boxes of stuff from Indiana to PA, and only had two or three things break. Broke down on the trip (the Kid came out and towed the car, and us, back). Ripped some ugly mirrors off the living room wall. Visited New York City. Spackled and painted (oil based primer is the way to go) the Living Room. Found out we were going to have a baby. Spent our first Christmas in our first home. Picked out our first tree. Decided to paint the bathroom. Gutted the bathroom, removed a closet, drywalled, primed and painted the bathroom. Started remodeling the new bedroom/office - drywall, sanding, spackle. Bought a new mattress (wow, it's nice). Mom & Dad from Indiana visited. Celebrated our first anniversary. Yes, quite the first year.

Ella
And just a few weeks into our second year of marriage, Ella arrived. July 22nd, early in the morning, our beautiful little girl was born. It's been amazing to watch the changes in the close to four months she's been around. She's bigger, she's talking (well, her version which is sometimes screaming as loud as she can, then smiling at us), and she just started the transition from milk to cheese steak. The first step it turns out is mixing some flaky rice stuff in with the milk. We're well on our way. The one thing that hasn't change though, is just how incredibly cute she is. Shelia, our wedding photographer, took one month and three month photos - she's an amazing photographer.

Blog
Server changes made the old blog system unusable (based off a very old, and never qute finished php framework). So the blog is now running on 'mindstream', an alpha version of a blog/tumblog style publishing system. More on that later.